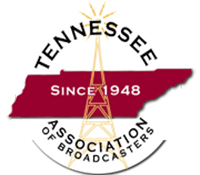 The Tennessee Association of Broadcasters recently provided great examples of how the states local radio and television stations serve their communities.

Additional information is available in this report.