Voices From the Field

America's local radio and television stations and broadcast networks are on the front lines covering monumental stories that impact our local communities and nation. Broadcasters are a pillar of American democracy, a free and open press whose resolve to bring truth to light cannot be broken. Hear from these voices from the field on why they are passionate about being broadcasters and what drives them to always be there for their communities. 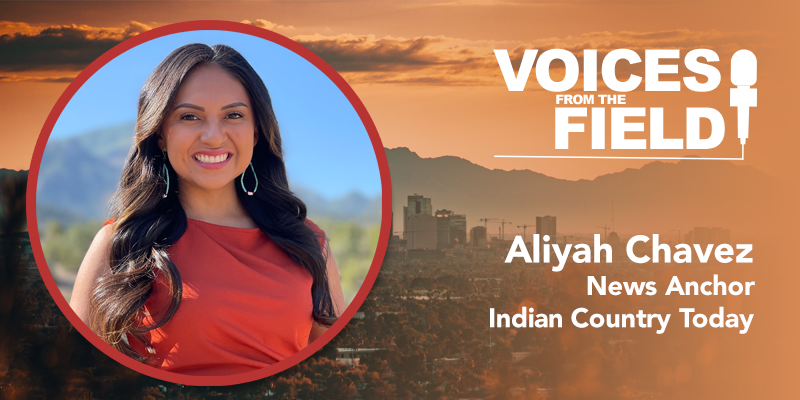 Aliyah Chavez is an award-winning native journalist who specializes in reporting on indigenous communities and serves as the anchor and producer at Indian Country Today, the nation's largest and oldest organization dedicated to indigenous news. She also co-hosts "Break It Down" on Arizona PBS. Chavez joins Voices from the Field to reflect on her personal journey, the calling to service that local broadcasting offers and the importance of inclusivity and a space for indigenous voices in America's broadcast news landscape. 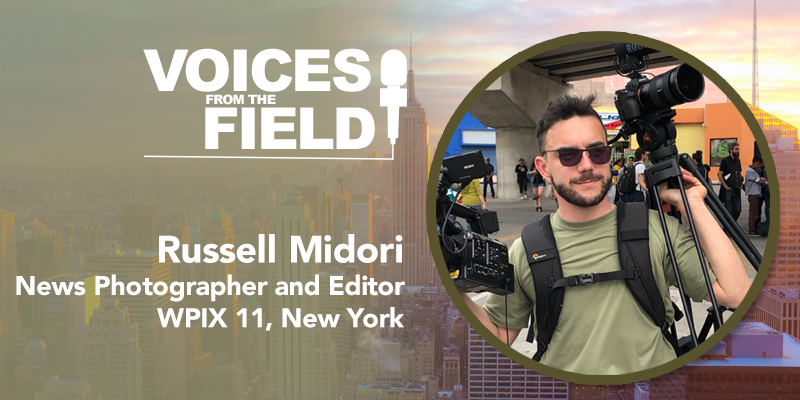 Russell Midori, a former combat correspondent in the U.S. Marine Corps from 2008-2012 and currently a news photographer and editor with WPIX 11 in New York and cofounder of Military Veterans in Journalism, reflects on his passion for visual storytelling and what prompted him to create an organization to transition veterans into broadcasting. 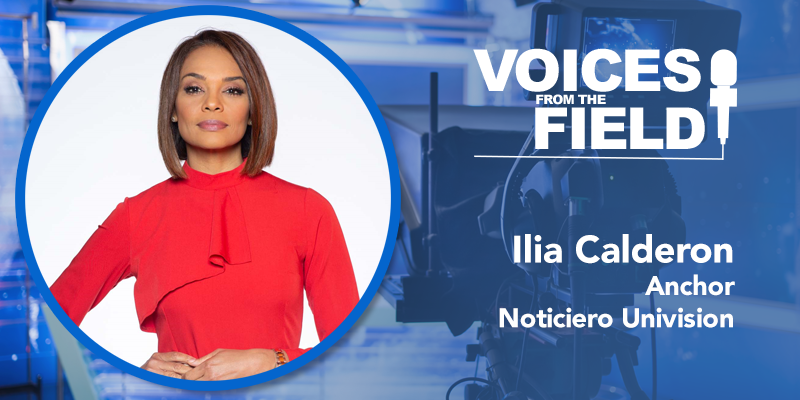 Ilia Calderon, co-anchor of Univision Network's flagship evening newscast, Noticiero Univision, talks about her career as the first Afro-Latina anchoring an evening newscast for a major broadcast network in the U.S. while juggling a busy home life and serving America's Hispanic communities with trusted news and information. 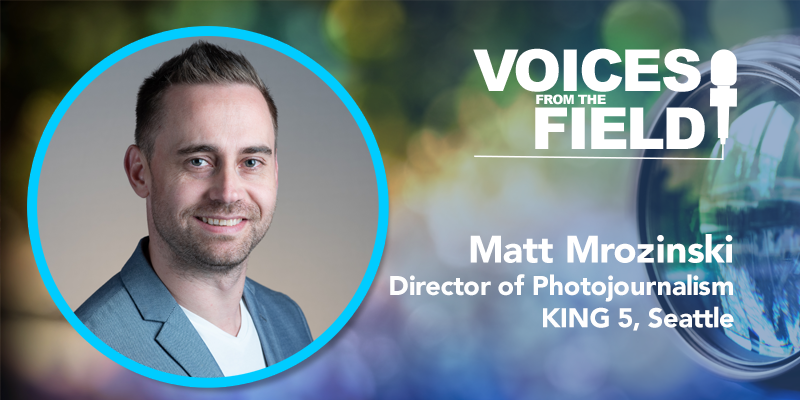 Matt Mrozinski, director of photojournalism and KING 5 in Seattle, joins Voices from the Field to discuss his career, his current role at KING 5 and offers thoughts on where he sees local broadcasting and storytelling in the next decade and the challenges facing local news. 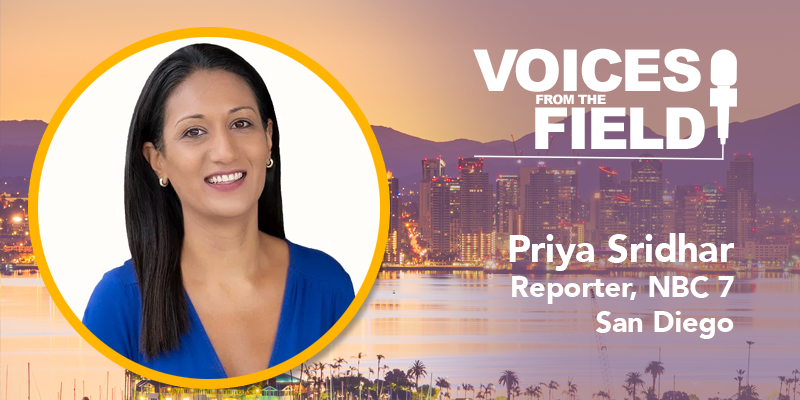 Priya Sridhar, reporter, NBC 7 San Diego, joins Voices from the Field to reflect on her journey as a broadcaster and a member of the military and how those career paths intersect and allow her to serve both her country and her viewers in local news. 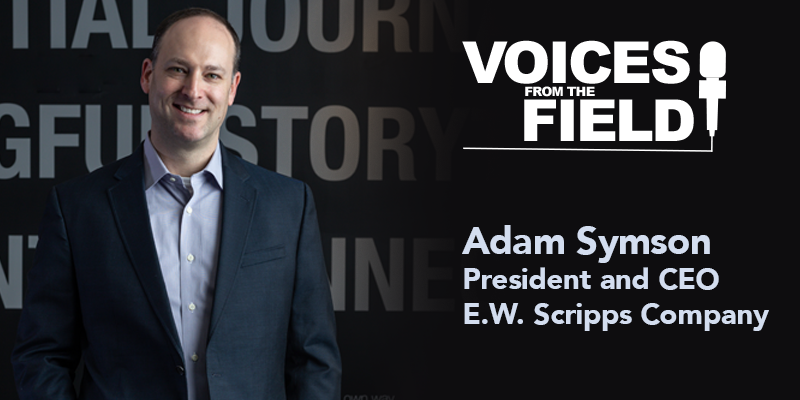 Adam Symson, president and CEO of the E.W. Scripps Company, joins the National Association of Broadcasters' chief operating officer Curtis LeGeyt to reflect on his career in journalism, what it means to helm one of the industry's most esteemed brands, media literacy and the growth of the ATSC 3.0 television standard. 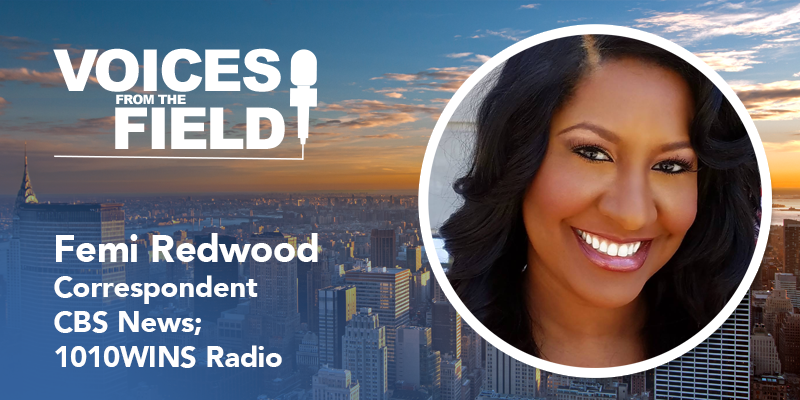 Femi Redwood, correspondent, CBS News and 1010WINS Radio in New York, joins Voices from the Field to talk about her journey into broadcasting, what it means to be a lesbian journalist and her advocacy on behalf of the LGBTQ community and how journalists and news organizations can better cover LGBTQ issues. 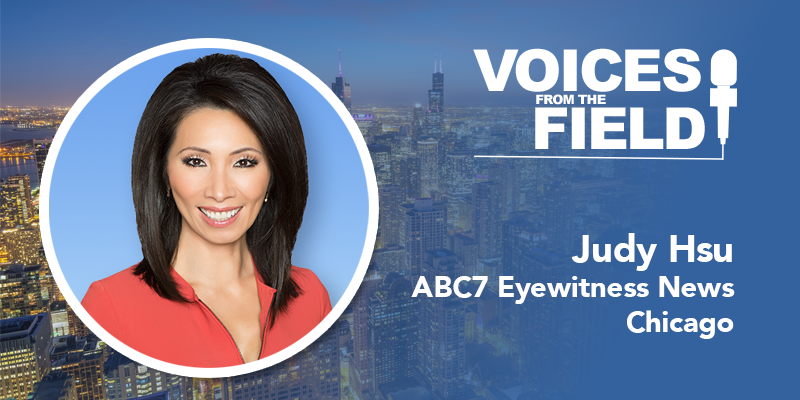 Judy Hsu, anchor, ABC 7 Chicago, joins Voices from the Field to talk about her journey into broadcasting, what inspires her, how the role of women in the newsroom has evolved and advice for budding journalists. 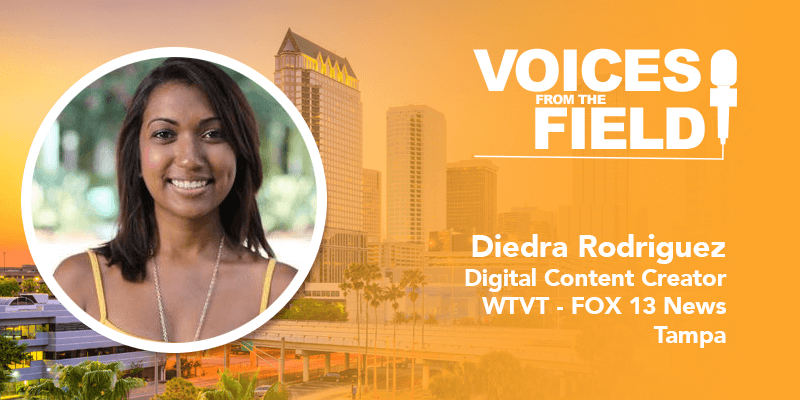 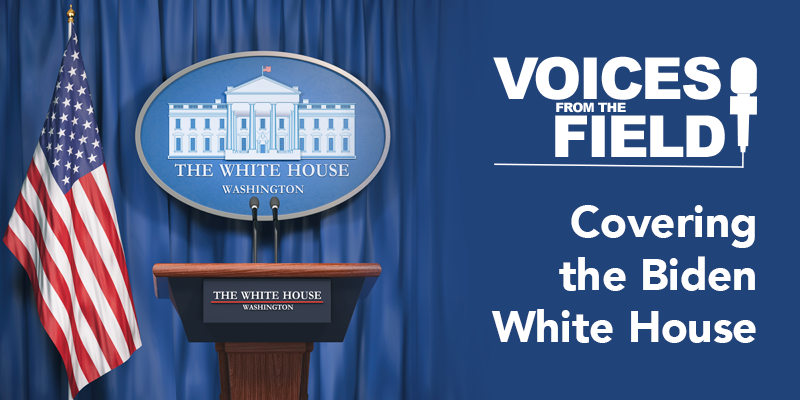 A seasoned group of White House reporters sat down with NAB President and CEO Gordon Smith during the 2021 NAB State Leadership Conference to discuss similarities and differences between the Trump and Biden administrations’ relationship with the press, the effects of the COVID pandemic on White House news coverage, the role of the daily press briefing and the challenges of the 24/7 news cycle. Get insight from CBS News Radio White House Correspondent Steven Portnoy, ABC News Washington Correspondent Karen Travers and Senior White House Reporter at NBC News Digital Shannon Pettypiece. 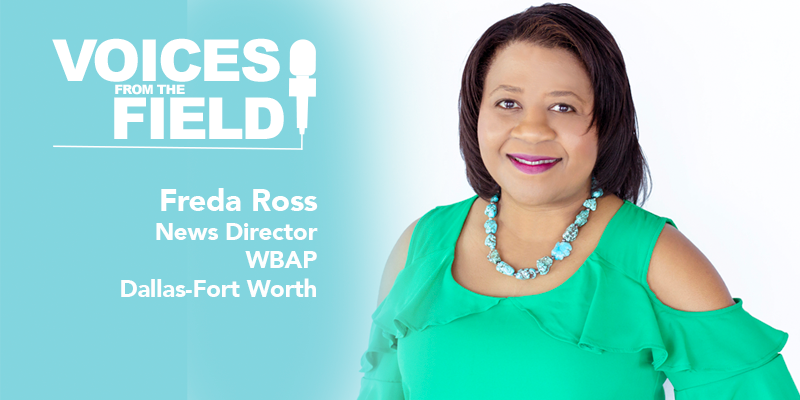 Freda Ross, news director at WBAP in Dallas-Fort Worth, shares her passion for broadcasting, how she got her start and how WBAP continues its work in serving its local listeners and providing trusted news and information, along with advice for young broadcasters looking to break into the industry. 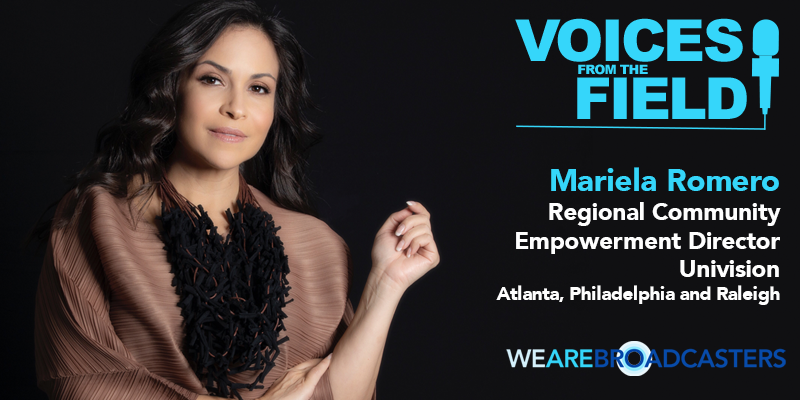 Mariela Romero, regional community empowerment director with Univision Atlanta, Philadelphia and Raleigh, shares her personal journey in broadcasting and discusses the many ways Univision stations are helping educate Spanish speaking audiences about the COVID-19 vaccine and encouraging communities to get vaccinated. 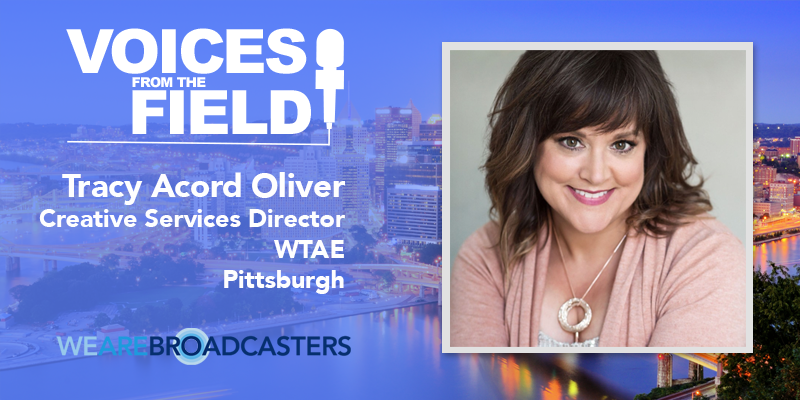 Tracy Oliver, creative services director at WTAE in Pittsburgh, Pa., shares her thoughts on working from home while continuing to serve her station's community during a pandemic, the skills required to work in creative services, why local stations forge an unbreakable bond of trust and reliability with their audiences and the future of broadcast television. 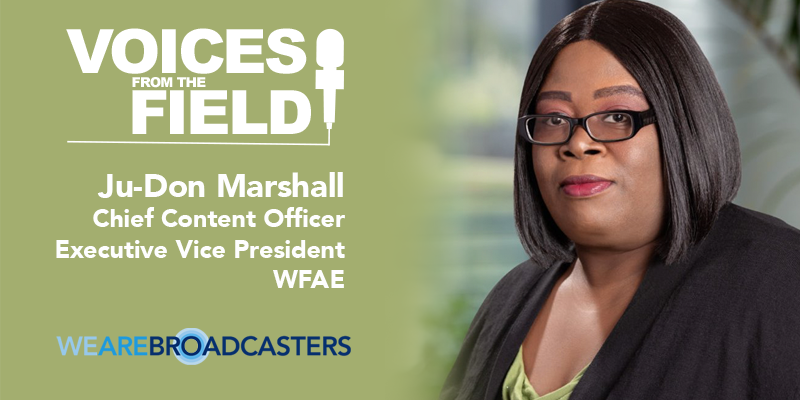 Ju-Don Marshall, chief content officer and executive vice president at WFAE in Charlotte, North Carolina, shares her thoughts on local radio and its connection to communities, how innovation and investigative journalism can thrive on the radio, her challenges in rising through the ranks as an African-American woman and her vision for local broadcasting and what it needs to do in order to continue thriving and serving listeners and viewers. 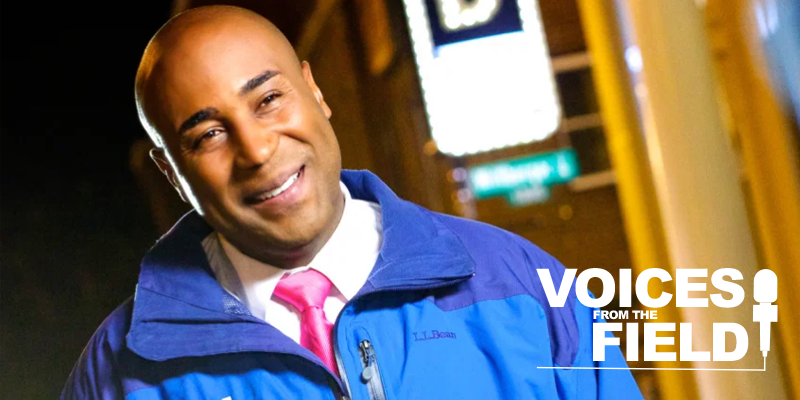 Shomari Stone is a general assignment reporter for News4, specializing in breaking news coverage for News4 at 11. Stone shares the moment he knew he wanted to be a broadcaster, his insights into how he views his role as a journalist and his experiences covering the January 6 attack on the U.S. Capitol Building.