KMBC Introducing an Hour of News at 4P.M. 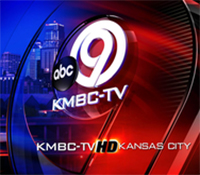 Hearst Televisions ABC affiliate KMBC-TV Kansas City will launch a new one-hour 4 p.m. newscast beginning April 25. KMBC will also extend its half-hour late newscast on CW affiliate KCWE to a full hour. With these additions, KMBC will air 51 hours of local news, weather and sports coverage each week. KMBC has built a strong reputation as a leader in local news coverage, said President and General Manager Sarah Smith. The launch of our new 4 p.m. newscast will provide them with another opportunity to receive the important local news content they want and deserve.