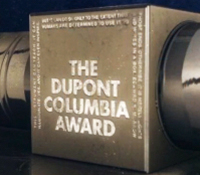 ABC15 received a 2022 Alfred I. duPont-Columbia University Award, one of the highest honors in journalism, for a pair of investigations uncovering police and prosecutor misconduct in Arizona.

ABC15 is being honored for Full Disclosure and Politically Charged, separate investigations that exposed widespread and systemic misconduct by Arizona police and prosecutors.

In Politically Charged, ABC15 dismantled a scheme by Phoenix Police officers and Maricopa County prosecutors to target and falsely charge a group of protesters as gang members. The stations investigation also proved officials routinely exaggerated and lied in multiple other protest cases throughout 2020. The series directly led to the dismissal of every open felony protest case in Phoenix  39 of them. The Department of Justice also launched a sweeping pattern-of-practice investigation.