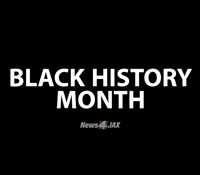 Graham Media Groups WJXT and CW affiliate WCWJ Jacksonville, Fla., will honor Black History Month with special programming highlighting Black culture and the achievements of Black Americans. On WJXT, River City Live Host Eden Kendall will sit down with News4JAX anchors and reporters who have made the decision to wear their hair in a natural or protective style. The series, Passing the Crown, will explain how The Crown Act, or Creating a Respectful and Open World for Natural Hair, works to make it illegal to discriminate against someone due to the way they wear their hair.

Each day in February, WCWJ will air a short vignette, profiling a moment or person from Jacksonville who played a significant role in African American history. On February 7, WCWJ will air What About Me, featuring the voices and perspectives of African American men beyond the limiting image of entertainers, athletes and criminals. The month caps off with a two-part documentary airing February 21 and 28 titled For Love of Liberty: The Story of Americas Black Patriots, that salutes the contributions of African American men and women throughout our nations history. Hosted by Halle Barry, the documentary features the voices of Morgan Freeman, Lou Gossett Jr. and more.