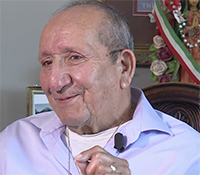 Hearst Televisions ABC affiliate KMBC 9 News Kansas City, Mo., profiled Paul Rojas in September, the first Latino elected to state office in Missouri and a community leader who mobilized Latinos to vote and run for office. Rojas, whose father came to the United States from Mexico, joined the Navy as a teenager and served during the Korean War. He later became politically active, helping to form a political organization that worked to increase Hispanic representation and was elected to the Missouri statehouse in 1972. Despite positives changes and progress, Rojas said that discrimination persists and at 87 years old is still active with the historic Guadalupe Centers organization, providing education and services to the Hispanic community in Kansas City.