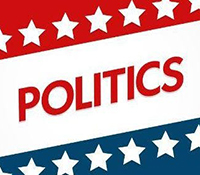 The Montana Broadcasters Association sponsored an hour-long televised debate in the race for U.S. Senate on August 8. Incumbent GOP Sen. Steve Daines and Democratic challenger Gov. Steve Bullock faced off Saturday in a debate some labeled as "The battle of the Steves." The debate aired from 9 -10 p.m. on CBS stations KXLH and KRTV in Helena and Great Falls and 9:30 -10:30 p.m. on NBC stations KTGF and KTVH.