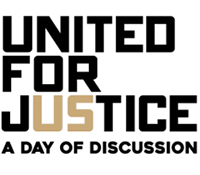 Alpha Media aired United for Justice - A Day of Discussion on June 12 across its 65 radio stations in 40 media markets. The broadcast addressed the racial tensions affecting American communities following the death of George Floyd while in police custody.

The events of the last few weeks are reminding us that this is not a new problem but one that needs to be addressed right now. We are united in that we love the communities we live in, said President and CEO Bob Proffitt.