Hearst Stations to Explore Issues in Every State 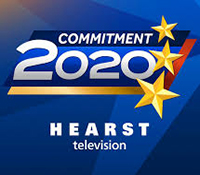 Hearst Television, as part of its Commitment 2020 initiative, is extending its television and digital coverage of the 2020 election season to provide election news coverage that affects every state. Journalists from around the country and at the recently expanded Washington, D.C., bureau will conduct deep reporting on election security and other issues. Hearst is also collaborating with FactCheck.org, a project of the University of Pennsylvanias Annenberg Public Policy Center, to identify misinformation.

Study after study shows local television to be the most trusted news source for Americans, said Hearst President Jordan Wertlieb. Our teams are well positioned to provide comprehensive coverage of the issues that matter most to voters in their hometowns and regions.