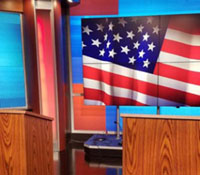 The high level of interest in this years elections prompted us to organize debates for the hotly-contested statewide primaries, said WBA Foundation President and CEO Michelle Vetterkind. We are proud that Wisconsins broadcasters can bring the citizens forums that can help them be informed voters.