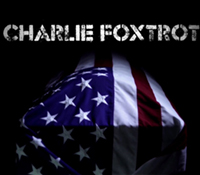 Local TEGNA stations are focusing on in-depth investigations. Reporter Jeremy Campbell led NBC affiliate WXIA-TV Atlanta on Charlie Foxtrot, a five-part series showing that veterans are denied benefits after being less-than-honorably discharged when they should be offered treatment for PTSD. WXIA posted the series online before broadcasting it on Veterans Day, and provided it to other stations with tips on localizing the story. WXIA and Senate Veterans Affairs Committee Chair Johnny Isakson (R-Ga.) hosted a viewing and panel discussion on Capitol Hill. WXIA also got 12,000 people to sign a petition urging Congress to pass the Fairness for Veterans bill, requiring the military to consider PTSD or traumatic brain injury in discharge decisions. The bill passed.