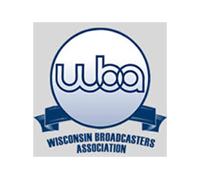 The Wisconsin Broadcasters Association Foundation sponsored a debate between incumbent U.S. Senator Ron Johnson and Democratic challenger Russ Feingold on October 14. The hour-long debate, produced by Sinclairs Fox affiliate WLUK-TV Green Bay, aired on 84 radio and TV stations across the state. The WBA Foundation is honored to continue our more than 25-year tradition of these important debates as part of the civic and political process, said WBAF President and CEO Michelle Vetterkind.