Grassley and Judge Agree to Radio and Television Debates 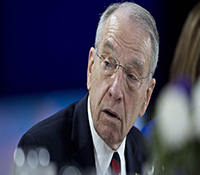