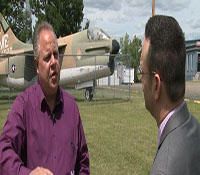 Gray Televisions CBS affiliate WSAW-TV Wausau, WI aired NewsChannel 7 Investigates | VA Denying Nearly 1 out of Every 3 Veterans Emergency Claims. WSAW-TV discovered a VA executive admitted there are a large number of denied veterans emergency treatment claims. The VA Assistant Deputy Undersecretary for Health for Community Care, Dr. Baligh Yahia, testified before a Veterans Affairs subcommittee in February. Yahia told members of Congress, during the 2014 budget year, approximately 30 percent of the 2.9 million emergency claims filed with the VA were denied. Of those 870,000 denied claims, Yahia said 89,000 were late. Another 98,000 were not emergencies. There were 140,000 claims denied because a VA facility was determined to have been available. In addition, 320,000 more claims were denied because the veteran was determined to have other health insurance that should have paid for the care.