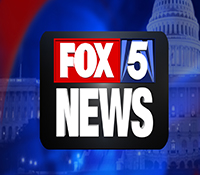 Fox-owned WTTG Washington will debut on July 18 a new weeknight newscast primarily dedicated to the presidential election. This election is unlike any we have ever seen. It deserves unconventional and original political reporting, said Vice President and General Manager Paul McGonagle. WTTG will broadcast live from the Republican and Democratic national conventions and offer interviews with local and national newsmakers. Although it will focus on the 2016 presidential election, WTTG will also include the days top stories. With this expansion, WTTG will produce 57 hours of local news each week.