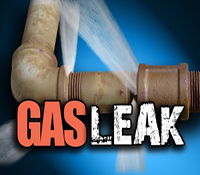 Tribunes Fox affiliate KDAF-TV Kansas City investigated renewed gas complaints from local residents. Homeowners told KDAF-TV gasoline odors became stronger inside their houses recently, after workers capped off manholes and sewers covers near the Inner City Oil station. Investigative reporter John Pepitone learned that Zill Incorporated, the property owner, has told the state it is not liable for the gas odor, but the firm previously consented to a $23,000 judgment against it in 2011 for not complying with the states underground storage tank law.