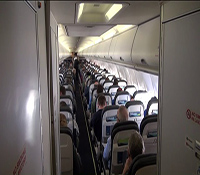 Tribunes CBS affiliate WGN-TV Chicago aired WGN Investigates The Boeing Papers: How safe is the air up there? on April 28. Reporter Mark Suppelsa and the WNG investigative team looked into a lawsuit alleging problems with toxic jet oil on a Boeing plane. Plaintiffs say that passengers exposure to toxins is being caused by a decades old engineering defect in which heated jet engine oil is seeping in to cabin air causing flight attendants and some passengers to become seriously ill. Despite knowing that this health risk exists, Boeing has refused to address the issue and fix the problem.