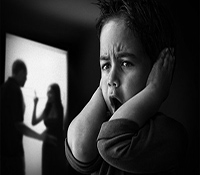 Gray Televisions CBS affiliate KWCH-TV Wichita aired an investigative report on May 9 on the local prevalence of domestic violence. Reporter Lauren Seabrook discovered that in the last year, more than 5,700 people in Sedgwick County requested protection from abusers. The court granted protection in more than 2,600 of those cases. The report survivors to reach out to a domestic violence advocate before leaving an abusive situation.