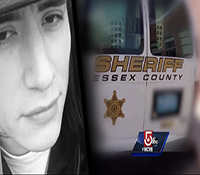 Hearsts ABC affiliate WCVB-TV Boston aired a report on May 16, 5 Investigates: Young man dies in state custody. Reporter Kathy Curran showed that a man named Sam Dunn died in the back of an Essex County Sheriffs Department transport van while it sat parked outside the Massachusetts Alcohol and Substance Abuse Center (MASAC) for four hours. Dunn had been in the back of the van for at least six hours since he left the jail and wasnt breathing. The video shows correction officers scrambling to try to help. Emergency crews arrived about 13 minutes later.