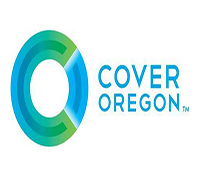 Sinclair Broadcast Groups ABC affiliate KATU-TV Portland, Ore. reporter Hillary Lake followed up on Oregons failed health insurance exchange Cover Oregon in 2014. The program is alleged to have wasted $304 million in taxpayer money. The U.S. House Committee on Oversight and Government Reform released a scathing staff report about its year-long investigation of Cover Oregon on May 25. The 204-page report covers a lot of what KATUs On Your Side Investigators uncovered more than two years ago.