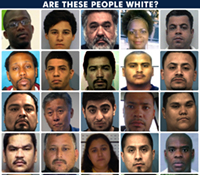 Media Generals NBC affiliate KXAN-TV Austin reporter Brian Collisters investigation, titled "Racial Profiling Whitewash, looked into Texas state troopers traffic tickets. When Collister reviewed 16 million traffic citations issued by Texas state troopers in a five-year period, he uncovered that state troopers routinely ticketed Hispanic drivers, but reported to the state that the drivers were white to avoid accusations of racial profiling. The investigation began in response to the Sandra Bland case. Bland, a black woman, was pulled over for a routine traffic stop that ended in a violent confrontation and her arrest. Police found her hanged to death in her jail cell three days later.