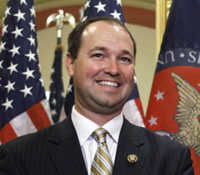 PBS-owned WFYI Indianapolis hosted an hour-long debate on April 18 between Republican candidates for U.S. Senate, Marlin Stutzman and Todd Young. A live feed of the telecast was made available to television stations statewide. Voters also had the opportunity to submit questions for consideration.