Univision Gearing Up for Election Coverage 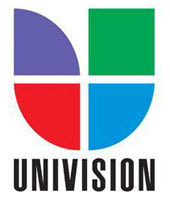 Univision communications is enhancing its political coverage for the 2012 election cycle with Destino 2012. In addition to extensive interactive and on-air coverage, Univision is adding political commentary from analysts Helen Aguirre Ferré, Dr. Emilio Gonzalez and Fabian Nuñez.
"As Hispanics continue to grow in number and influence, and become even more engaged with technology and social platforms, Univision will continue to lead the efforts with providing unparalleled coverage regardless of where they consume," said Isaac Lee, president of news, Univision Communications.
The analysts will engage in roundtable discussions and interviews during several programs. Destino 2012s online and mobile coverage of the primaries and the presidential campaign focuses on issues that significantly impact U.S. Hispanics. Users can find information on local elections, including policy details, voter registration forms and important dates.