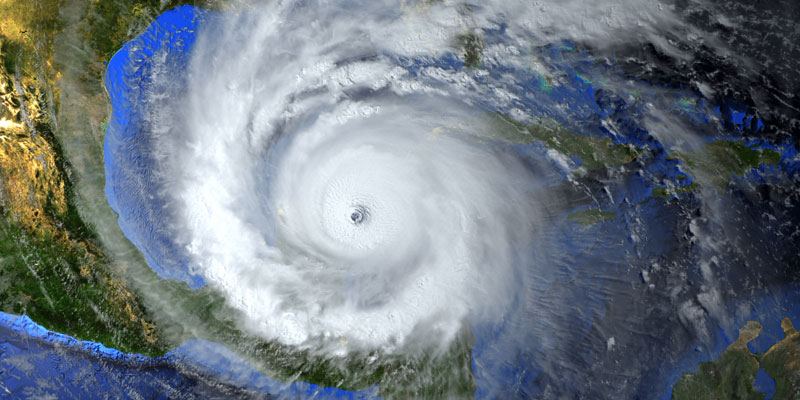 On August 29, the 16th anniversary of the deadly Hurricane Katrina, Hurricane Ida made landfall in Louisiana as a Category 4 storm. Ida’s path of destruction continued in the Northeast, causing fatal flooding. Local radio and television broadcasters jumped to action to inform their viewers, help those in need and detail the aftermath.

WAFB Educates Viewers on Safe Generator Use During Hurricane Season

Gray Television’s CBS affiliate WAFB Baton Rouge, La., prepared their viewers for Hurricane Ida on August 27 by detailing the best practices for safe generator use. While generators can be useful in case of power outages, they also produce carbon monoxide, an odorless, colorless gas that can kill without warning. Generators should always be placed outside of the home, more than 20 feet away from windows and doors and WAFB encouraged viewers to have a carbon monoxide detector in their homes.

‘Hurricane Station’ WWL Acts as a Lifeline to Powerless City

After Hurricane Ida left most of New Orleans without power, air conditioning and television, Audacy’s WWL AM/FM New Orleans, La., remained on the air and provided a reliable link between their listeners and the outside world. Known among locals as the “hurricane station,” 19 station employees moved into WWL’s studios the day before to ride out the storm and keep the station broadcasting 24 hours a day to cover the aftermath and provide support for residents in need. They slept on air mattresses, relied on a stockpile of snacks and nonperishable food and hosts worked double shifts, all in an effort to provide round-the-clock coverage. The station fielded thousands of calls from listeners with pleas for help, requests for information about loved ones and questions about general information like where to find gas. Many callers were listening in with old battery-powered radios. “This is one of those moments that just so accentuates the immediate intimate relationship between radio and listeners, and we are here for you,” said WWL host Scott “Scoot” Paisant.

In response to Hurricane Ida, iHeartMedia Houston’s seven radio station cluster mobilized with the help of their listeners to fill and deploy dozens of trucks filled with donations for impacted communities. “The people of Houston are very close to the New Orleans community. They came to Houston after Hurricane Katrina and they came and helped us after our last horrible hurricane Harvey,” said Michael Berry, on-air personality in iHeartMedia Houston.

TEGNA’s CBS affiliate WWL-TV New Orleans, La., investigated on August 30 how a massive transmission tower collapsed due to high winds and all eight transmission lines from power company Entergy failed simultaneously, leaving the entire New Orleans area south of Lake Pontchartrain without power and on an “island” after Hurricane Ida. Investigative Reporter David Hammer interviewed Entergy Louisiana CEO Phillip May about the four-day assessment process to determine the best way to get the lights back on and explained how the fees Entergy customers paid for hardening infrastructure were spent. Hammer also spoke with New Orleans City Council President Helena Moreno, who regulates Entergy New Orleans and raised concerns about how Entergy managed its transmission system. “I'm just wondering whether this could have been prevented. And that's what we're going to be looking into,” she said. “So, yes, the focus is on absolute restoration. That is what we're all about right now. But more will follow with investigations and getting to the bottom of how this happened and what can be done better by the company.”

Hearst Television’s NBC affiliate WDSU New Orleans, La., urged viewers on September 1 to limit their water usage due to a loss of power at a majority of sewer pumping stations. The wastewater treatment plant, which serves the city's east bank, was operating using emergency procedures after it lost backup power in the hurricane and vacuum trucks pumped out stations as they filled up, according to the Sewerage & Water Board. New Orleans residents were encouraged to take quick showers, not baths, and limit their use of laundry and dishwashing machines to reduce the burden on the sewer system.

On August 30, Townsquare Media’s KPEL-FM Breaux Bridge, La., highlighted donations for the “Love Truck” that were delivered to those affected by Hurricane Ida every morning through September 7. Donations of needed items such as water, cleaning supplies, toilet paper, batteries, nonperishable snacks and more were collected every day at Covenant Church in Lafayette until Labor Day and delivered to people who have had their homes and vehicles flooded or damaged and may be without electricity and cell service.

WNBC Informs Viewers How to Stay Safe in Flood Waters

As the remnants of Hurricane Ida produced historic flooding in the Northeast on September 1, triggering the first ever flash food emergency for northeast New Jersey and New York City, NBC-owned WNBC New York, N.Y., informed their viewers how to stay safe before, during and after a flood. The station explained the differences between watches and warnings issued by the National Weather Service, emphasized the importance of obeying evacuation orders and avoiding walking or driving through flood waters and warned people to wear the appropriate gear to clean up after the storm and be aware of the risk of electrocution.

Audacy’s WFAN AM/FM New York City “Moose and Maggie” show broke the story on September 2 of the rescue of Yankees broadcaster John Sterling from his flooded car by fellow broadcaster Rickie Ricardo due to Hurricane Ida. Ricardo, who is the Spanish broadcast voice of the Yankees, was on his way home from the stadium when he received a call from a colleague about Sterling stuck in his car on a flooded street. Ricardo slowly made his way to where Sterling was on River Road in Edgewater after finally connecting on the phone due to spotty cell service and helped Sterling get out of the flooded car, wade through the water and into his car. It took about another hour to go half a mile to get to Sterling’s home and then an hour after that for Ricardo to make it to his home a mile away, but both were safe after the ordeal.