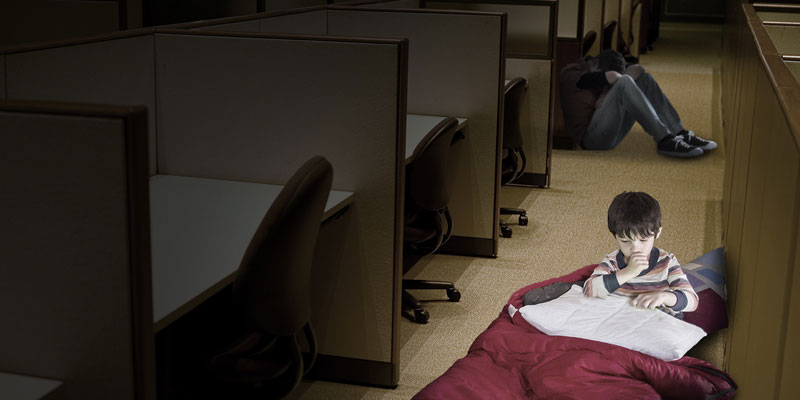 More than 400,000 American children live in foster care because they have been abused, neglected or abandoned. Reporters at local TV and radio stations help to ensure their stories are told and that the foster care system works correctly, giving kids the protection and support they need.

"They're just sitting there through the night or throughout the day," said former Youth and Family Alternatives Case Manager Sharday Moore.

Through follow-up reporting, the WFLA team discovered that foster children had also spent the night in Dollar General parking lots and that local child welfare leaders knew of the system’s problems, but chose to ignore them. In response to the series, the Florida Department of Children and Families launched a statewide panel to review foster care in Hillsborough County.

Telemundo featured the Claytons, a couple who have fostered 10 children and adopted five, on its morning show, “Un Nuevo Día.” George Clayton said he and his wife want their kids to “feel the love and warmth” of family. The segment also featured an interview with representatives from Our Kids, a Miami-based nonprofit that supports foster children.

In March, Telemundo’s WWSI-TV and NBC-owned WCAU-TV, both based in Philadelphia, teamed up to host a live phone bank for families interested in providing foster care. Employees at Philadelphia’s Department of Human Services answered questions in English and Spanish for two-and-a-half hours.

“With nearly 6,000 youth in Philadelphia living in foster care at any given time, NBC10 and Telemundo62 are committed to raising awareness about the need for families to provide loving homes for these children,” said General Manager Ric Harris.

Cox’s WFXT, based in Boston, conducted a yearlong national investigation focused on foster children who were kicked out of the child welfare system after they went missing or ran away. The station discovered that thousands of missing foster children had their cases closed after just a few months, causing them to lose access to vital support services.

WFXT highlighted the story of 19-year-old Joanna, who ran away from a group home. She had been missing for less than two weeks when she decided to reach out to her caseworker. The caseworker told Joanna her case had been closed and she was no longer eligible for support services. Joanna has been homeless ever since.

After the story aired, many former and current foster children came to WFXT to tell their stories, giving a voice to missing children.

ABC News showcased Twig, a clothing store exclusively for foster care children in Venice, Florida. Opened and run by Dianne Weed, an adoptive mother, Twig provides foster kids with the chance to shop for 10 new items of clothing a month — for free.

Alexie, age 14, first started shopping at Twig when she was put in foster care at the age of 11.

“They make you feel really loved,” said Alexie, now a high school freshman. “They’re helping out a lot of children in need who just need to feel loved and welcomed.”

Local radio and television journalists are committed to shining a light on injustice and righting the wrongs taking place in their communities. They also showcase those making a difference, like Dianne Week. It is this local connection that makes broadcasters unique.