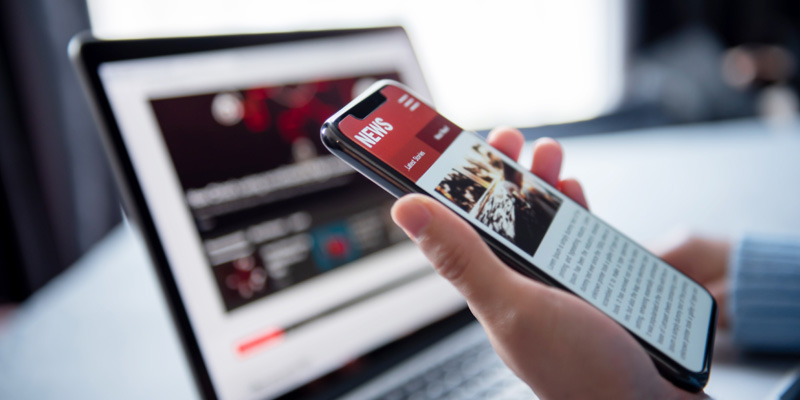 Fact-Checking and Fairness at Heart of Local Broadcasters' Mission


Local radio and television broadcasters are committed to fact-checking and using innovative new tools to combat misinformation that runs rampant on many online platforms to provide accurate and specific information for their communities. It is this commitment to localism, fairness and accuracy that makes local broadcasters America’s most trusted news sources.

On March 11, Gray Television’s NBC affiliate WSFA Montgomery, Ala., hosted a live townhall, “Fear, Facts, Future: The COVID-19 Vaccine Explained,” to discuss concerns and misconceptions regarding the COVID-19 vaccine. WSFA teamed up with health experts and community leaders to answer questions and address vaccine hesitancy and skepticism, particularly in the Black community. The panel portion of the townhall was held in Tuskegee, the site of a 1932 medical study where the government studied the effect of syphilis on Black Tuskegee men. While the participants were promised free health care, they never received treatment for the excruciating symptoms of syphilis, killing dozens and infecting wives and children. Past medical studies and mistreatment by medical professionals has created a history of fear and mistrust of the medical community, which makes some hesitant to get vaccinated right away.

“Because there’s a reason for the mistrust, first of all we have to recognize that, we can’t ignore the past. People want it acknowledged, which is extremely important that we do,” said Dr. Mary McIntyre, chief medical officer at the Alabama Department of Public Health. “But we also explain what we’re doing in order to address those issues that have occurred in the past by making sure we’re paying attention to the science and providing accurate information as soon as we know it.” Panel participant Tuskegee Mayor Tony Haygood expressed the importance of getting firsthand information from people within the community to build confidence and trust and overcome obstacles, such as misinformation on the internet. “We’re trying to get good information, reliable information out there from people that they know, they identify with and that they trust from the African American community,” said Haygood.

Leighton Enterprises’ KNSI-AM/FM St. Cloud, Minn., reported on February 8 on its website advice for its listeners on how to avoid vaccine misinformation. Reporter Dené Dryden interviewed Dr. Emily Vraga, a professor of health communication at the University of Minnesota and co-author of “The COVID-19 Vaccine: Communication Handbook,” about concerns surrounding the vaccine and the best places to receive vaccine information. “One of the places misinformation flourishes is when there are information voids — when people are genuinely in good faith searching for information on a topic and the information just isn’t there or it’s not readily found or it’s not easily understood,” said Vraga. “If that gap is not filled with good information, it can be easily filled with bad information.”

Vraga stressed the importance of finding a trusted source that presents information in a transparent, easy-to-understand manner. These sources can include a trusted health provider such as a family doctor or nurse, as well as federal, state and local public health departments. “I’d really stress that every state has their health departments that have been working tirelessly on vaccines,” said Vraga. “They’re going to have the most up-to-date information about your area.” She also recommended using the internet to fight back against vaccine falsehoods. “Taking an extra moment to Google a headline that seems outlandish or too good to be true, making sure that that information is verified information,” said Vraga. “If it’s not, letting people know, ‘Actually, I can see why you might be confused, but here’s what our local health officials are saying,’ or, ‘Here’s what the CDC recommendations are,’ or whatever the response is because you don’t want to leave misinformation out there for other people to stumble across and potentially be misled by.”

Graham Media Group’s CBS affiliate WKMG-TV Orlando, Fla., investigated on January 21 the claim that Antifa was involved in the Capitol riot on January 6 as part of Graham’s “Trust Index” initiative, which started in 2020 as an effort to provide fact-checked information without bias or agenda, counteract misinformation and support transparency in the newsroom. After the riot, the rumor of Antifa’s involvement spread on social media and was brought to the House floor by Rep. Matt Gaetz (FL-1). Investigative Reporter Louis Bolden interviewed Oren Segal, vice president of the Center on Extremism for the Anti-Defamation League, who scours the internet with a team of researchers to monitor hate groups and share what they find with law enforcement. Of the rumor, Segal said, “There’s absolutely no evidence of that. And to me, that sounds like a classic disinformation campaign.” He added, “Antifa has been discussed as somehow the No. 1 terrorist threat, despite all the numbers proving the complete opposite.”

Steven D’Antuono, assistant director-in-charge of the FBI Washington Field Office, also said in a January 8 press call “there is no evidence” Antifa was involved. However, some of those arrested for the violence at the Capitol have been associated with right-wing extremist groups, such as the Proud Boys and QAnon. Bolden spoke with Rutgers University Professor Mark Bray, a historian and author of “Antifa: The Anti-Fascist Handbook,” who pointed out that “they didn’t wear masks. So they’re easily identifiable. We know who they were.” After reviewing the information from the sources, the claim of Antifa’s involvement in the attack on the Capitol was given a rating of “Not True” on the Trust Index.

TEGNA’s NBC affiliate WXIA-TV Atlanta, Ga., verified on March 3 the cause of unemployment delays in Georgia for those people waiting for their claims to be processed. As part of TEGNA’s “VERIFY” mission to stop the spread of disinformation, WXIA’s team looked into the possibility that technology problems and identity theft concerns were reasons for the delay. The Georgia Department of Labor confirmed that their outdated website is one of the reasons, and that any significant changes are still years away. "We certainly have an older system. We'd love to have a newer system. Right now is not the time to implement that, when we're just trying to get people paid," said Kersha Cartwright, director of Communications.

The current site was built to support the pre-pandemic unemployment numbers, but not the surge of claims that have been coming in for the last year. Year over year, unemployment claims in Georgia are up over 254% and the most recent information from the Georgia Department of Labor shows nearly 125,000 out-of-work Georgians filed initial claims in December, not including those whose claims remain in limbo. The department also confirmed that identity theft concerns have always been an issue, but they have become more prevalent during the pandemic and as a result they have hired more employees who strictly handle those cases. WXIA verified these causes for the delay and highlighted the other main issue of a backlog for determining which applicants are eligible for benefits. The department has hired over 50 new employees to handle the backlog and increase response time.

Capitol Broadcasting Company’s NBC affiliate WRAL-TV Raleigh, N.C., investigated on March 9 Sen. Cory Booker’s (NJ) claim of a history of discrimination against Black farmers in the United States. In a joint statement with other senators pushing for a new bill that would provide Black farmers debt relief and access to a land grant program, arguing they have historically endured discrimination from the U.S. Department of Agriculture (USDA), Booker states that “overtly discriminatory and unjust federal policy has robbed Black families in the United States of the ability to build and pass on intergenerational wealth. When it comes to farming and agriculture, we know that there is a direct connection between discriminatory policies within the USDA and the enormous land loss we have seen among Black farmers over the past century. The Justice for Black Farmers Act will address and correct USDA discrimination and take bold steps to forgive debt and restore the land that has been lost in order to empower a new generation of Black farmers to succeed and thrive.”

WRAL, the official partner in North Carolina of PolitiFact, an organization that fact checks the accuracy of claims made by elected officials and others on its Truth-O-Meter scale, investigated and found that there has indeed been a sharp decline in Black farmers. In 1920, there were about 925,700 Black farmers compared to slightly more than 45,500 in 2017, a roughly 95% drop. Black-operated farms accounted for 4.7 million acres of farmland in 2017, or 0.5% of the U.S. total, according to a USDA census conducted every five years. In addition, WRAL found supporting documentation from U.S. government reports, legal settlements and expert opinions to support Sen. Booker’s claim of a history of discriminatory policies and rate his claim as “True,” including racial policies that resulted in Black farmers getting unequal treatment, less protection, smaller loans and less guidance.