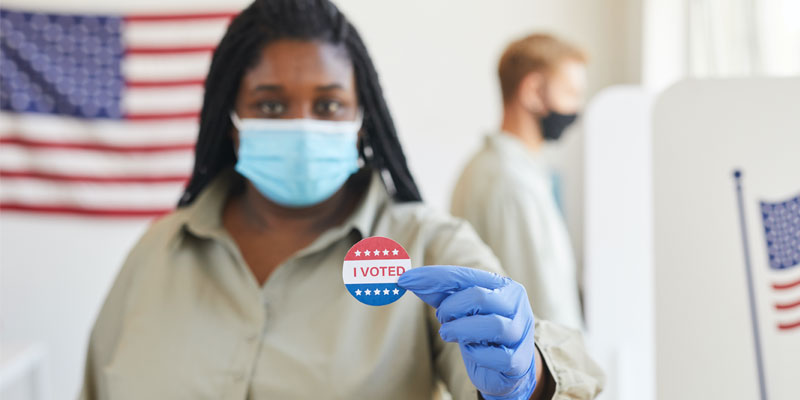 Leading up to Election Day, local radio and television stations provided important information to their communities to ensure citizens were prepared to exercise their right to vote. Local broadcasters hosted debates between candidates and asked voters about the issues that impact them before they headed to the polls.

Here are a few examples of how local broadcasters helped citizens perform their civic duty.

Gray Television’s NBC12 Richmond, Va., reported on October 19 about a new online voting option for voters who are visually impaired. Those interested selected the “print disabled” option on an absentee ballot request form. The ballot was then delivered by email and an automated voice read the ballot questions aloud. After the voter made their selections, they printed out the ballot and mailed it in. Every precinct also had a keypad device available for the visually impaired who preferred to vote in person.

E.W. Scripps Company’s CBS 6 Richmond, Va., hosted the first gubernatorial debate on September 16 between Democrat candidate Terry McAuliffe and Republican candidate Glenn Youngkin. Anchor Candace Burns was a part of the panel posing questions to the candidates on topics such as police reform and school board policies. The debate was broadcast on air, online and on the CBS 6 app.

Townsquare Media’s 92.7 WOBM-FM serving Ocean County, N.J., informed their listeners about what to expect during the early in-person voting period between October 23 and October 31. Monmouth County Clerk Christine Hanlon noted there were fewer locations available to vote during early voting and that voters needed to go to a designated polling location in their county during the nine-day early voting period. Hanlon also reminded voters that vote tallies could not take place until polls closed on November 2, so people shouldn’t expect to see results right away.

Hearst Television’s WCVB Channel 5 Boston, Mass., and Boston University’s WBUR-FM hosted the final mayoral debate on October 25 between candidates Michelle Wu and Annissa Essaibi George, both Democratic city councilors. The debate was hosted at WCVB's studio, in partnership with other local news organizations, and the candidates debated issues related to the COVID-19 pandemic, issues of equity, early education and the city’s struggle to handle drug addiction and homelessness.