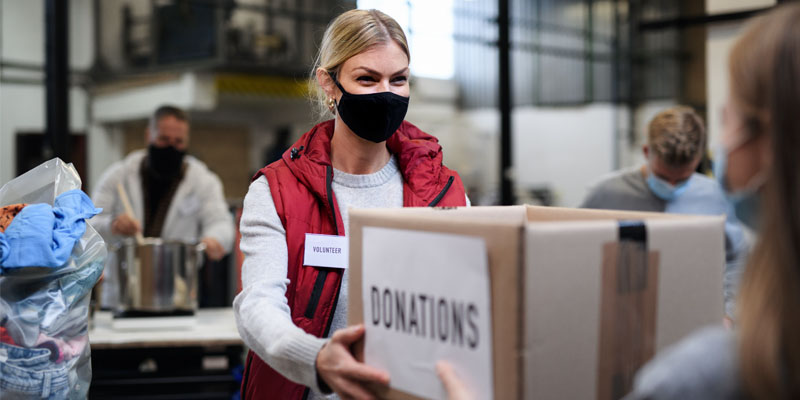 
Radio and television broadcasters play a vital role in our local communities as news reporters, investigators, public servants, first informers and innovators. Like so many businesses in our nation, local radio and television stations have struggled to survive the financial impacts of COVID-19. Despite this, broadcasters have risen to the challenge and are making a positive difference in their communities. They are raising awareness of important health and social issues, such as vaccine education, reporting the facts and helping to keep their listeners and viewers safe and informed not only during this unprecedented time, but every day. Following are just a few examples of broadcasters’ unparalleled dedication to serving their local communities.

Meredith Corporation’s CBS affiliate WGCL-TV Atlanta, Ga., has established a page on their website devoted to “The Vaccine Team,” a place for viewers to learn about the COVID-19 vaccine and distribution, ask questions and review data related to the spread of the virus and hospital bed capacity in the state.

On December 25, a recreational vehicle parked in downtown Nashville exploded, destroying homes and buildings and injuring three people. An AT&T building was among the buildings that sustained severe damage, causing cell phone and internet service outages across parts of Tennessee, Kentucky and Alabama. Nashville’s local radio and television stations such as Meredith Corporation’s NBC affiliate WSMV continued to stay on the air and provided ongoing coverage that kept listeners and viewers informed. Bud Walters, president of Nashville-based media company The Cromwell Group, noted that stations did an “outstanding wall-to-wall job with onsite reporting. They called out their regular crews with all hands on deck Christmas morning.”

Local radio stations came to the aid of those displaced by the explosion, providing information on relief and fundraising efforts. “Nashvillians, we show up for our community and we will continue to do our part to make Nashville strong,” WSM-FM on-air personality Lisa Manning said.

Sinclair Broadcast Group’s CBS affiliate WRGB Albany, N.Y., and anchor Anne McCloy have made it a mission to aid unemployed claimants who have had trouble reaching someone at the inundated state unemployment office during the pandemic. After connecting with Governor Cuomo’s office at a press conference, McCloy sent thousands of emails from frustrated and desperate unemployed workers to the governor’s office. This prompted the governor’s office to contact the Department of Labor, where unemployment specialists followed up with claimants. . Hundreds of people have messaged McCloy to thank her for her ongoing efforts and coming to their rescue when they had nowhere else to turn.

Beasley Media Group’s 105.9 KISS-FM Detroit, Mich., raised over $40,000 in its sixth annual “Bed in a Bag” radiothon, hosted as a drive-through event by weekend host Mildred Gaddis on December 6. The money raised will buy sleeping bags for the homeless and will be distributed throughout Martin Luther King Jr. holiday weekend in January by Mildred and her team of volunteers.

iHeartMedia’s KFI-AM Los Angeles, Ca., held its 10th annual “KFI PastaThon” virtually December 1-4 to feed local children. This year’s event raised a record $770,827 and 75,980 pounds of pasta and sauce for Caterina’s Club, a charity that feeds more than 25,000 underprivileged children each week in over 30 cities throughout Southern California. Over the past 10 years, the event has raised more than $3.5 million and over 586,000 pounds of pasta and pasta sauce to help children who live in motels without access to a kitchen.

On December 21, Entercom Communications pledged $1 million to help locally owned businesses in cities and towns where their employees live and work. In this employee-led initiative, Entercom will disperse the money in the form of gift certificates to all full-time employees, which are redeemable at selected establishments, including local restaurants and charitable organizations.

It is our privilege to fight for broadcasters in Washington, D.C., reminding legislators of the unique role local stations played in providing critical services to communities amid the COVID-19 pandemic. We invite you to take a look back at broadcasters’ 2020 journey and learn more about stations’ incredible reach across the country.