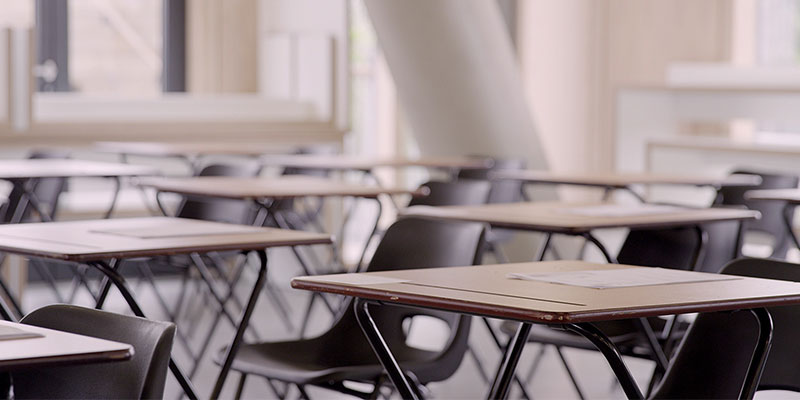 How a Reporter’s One Query Helped Expose Abusive Teachers

Twice a year, NBC 4 investigative reporter Scott MacFarlane uses public records laws to request a list of teachers who have had their licenses revoked in the District of Columbia, Maryland and Virginia. MacFarlane believes that obtaining and reviewing the list is simply a good journalistic practice — due diligence, but not necessarily the doorway to a big scoop.

In 2016, MacFarlane and the News 4 I-Team, used the list to expose a gaping hole in the education system that allowed abusive educators to remain in classrooms, even ones who had pleaded guilty to sexual assault. The ongoing investigative series documenting these cases, “Slipping Through the Cracks,” has won three Emmys and spurred D.C., Maryland and Virginia to reform their teacher licensing practices.

“Parents sent their kids to schools where the teacher was a sexual abuser and they were never notified. Our reporting changed that,” said Rick Yarborough, an investigative producer at NBC 4.

In the first story of the series, MacFarlane, Yarborough and photojournalist Jeff Piper detailed the case of Brad Norton, a Baltimore County teacher who lost his license after pleading guilty to sexually assaulting a student. Nine years earlier, as a teacher in Fairfax, Virginia, Norton had pleaded guilty to a similar crime, but the county never submitted the paperwork to the Virginia Department of Education to have Norton’s teaching license revoked.

The county’s inaction meant Norton wasn’t red-flagged in the national database of teachers who have lost their license, so even with the guilty plea, he was able to teach children again.

“It’s a huge vulnerability,” MacFarlane said. “We didn’t just find one case. We found case after case where this happens.”

Underlying each NBC 4 report was information obtained through public records laws. By using the Freedom of Information Act, or FOIA, anyone — and it’s often journalists like MacFarlane — can request copies of government documents, ranging from emails to court papers. In NBC 4’s teacher licensing series, emails between school district officials pointed the investigative team toward cases of abuse. Then the court filings helped to lay out what had occurred during criminal procedures.

“The FOIA process is critical to everything,” MacFarlane said. “It’s guided every step of our investigation.”

As they continued to review the public records, the team discovered that the problem extended beyond school districts. The system purportedly designed to protect children had multiple gaps that left students vulnerable to abusers.

One set of records showed that a Virginia child protective services agency failed to notify Arlington Public Schools and the Virginia Department of Education about a former teacher, Zevlin Staten, who the agency found had sexually abused a third-grade student. With no record of his abuse in the licensing database, the teacher was able to land a job as an assistant principal in Maryland.

NBC 4’s investigation also led to changes in Maryland. The state now publicly posts a list of all teachers whose have had their licenses revoked, and it cites the reason. Students and parents — as well as school administrators in other jurisdictions — now have a better understanding of what’s going on in schools.

And, as of this year, D.C. requires all new teachers to apply for a teaching license, after “Slipping Through the Cracks” reported that nearly 1000 district teachers are unlicensed.

MacFarlane and Yarborough say it’s gratifying that the team’s hard work and long hours brought about these important changes in what was a broken system.

“That’s the epitome of what broadcasters’ mission is: to serve the public and raise awareness of issues of public interests,” MacFarlane said.