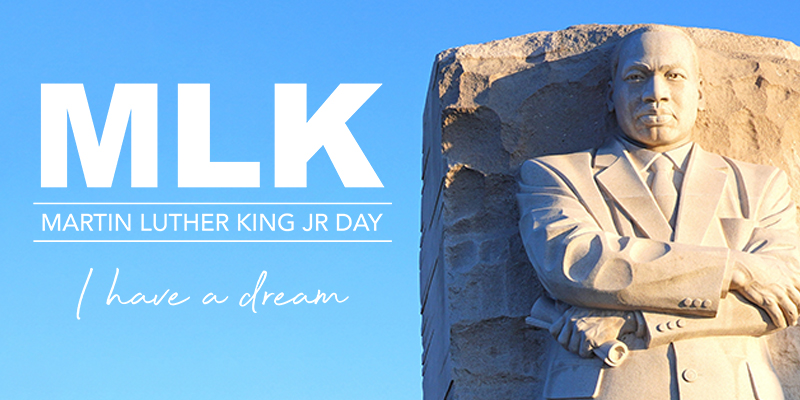 Across the nation, local radio and television stations are the most trusted sources of news. With unparalleled local roots, these broadcasters cover community events and give national stories the unique insights that are relevant to their listeners and viewers.

On Martin Luther King Jr. Day, stations brought news of community events, public service and local history to their diverse audiences. They helped explain what Dr. King’s legacy means to our country and to each of us.

Communities Come Together to Commemorate the Life of Dr. King

Many communities across the country were able to return to beloved annual celebrations of Dr. King that were canceled last year due to the COVID-19 pandemic. At the Dr. Martin Luther King Jr. Day Parade in Miami, Fla., BH Media’s Local 10 spoke to organizer Voncarol Kinchens, who said, “From last year to now, it is truly a blessing to be back on the streets. Still want everybody to be safe, to mask up … but with this year, with a lot of things that have happened over the past couple years or whatever, it was very important to make sure this parade takes place.”

In Los Angeles, Calif., the pandemic unfortunately forced another cancellation of this year’s parade. Stations including CBS Television Stations’ CBS Los Angeles helped get the word out about other events sponsored in Dr. King’s honor, including COVID-19 testing and vaccination clinics sponsored by hosts of the canceled parade. The heavy impact of COVID-19 on the Black and Latino communities was an inspiration for the change in events. “The fact of the matter is: our people are suffering more than anybody else,” said Michael Lawson, president and CEO of Los Angeles Urban League. “We have to be diligent and we have to be cognizant of the importance of us taking care of each other.”

Local news stations bring history to life in the present. Bakersfield, Calif.’s, Nexstar-owned KGET interviewed a local minister who marched with Dr. King in Bakersfield in 1960. Just 20 years old at the time, Rev. Ralph Anthony told the station, “It was historical, it was exciting, and it was dangerous. But those of us that were keeping up with developments and part of change, we welcomed him here and we didn’t mind putting our lives on the line for the truth.”

Corpus Christi, Texas’ Kris 6 News, owned by Scripps, interviewed several attendees of the city’s Martin Luther King Jr. Commemorative March, including Brenda York, who lived through segregation in the city. “No matter what color we are, what race we are, we’re all God’s people,” York said.

It is an honored tradition to celebrate the holiday with a day of service, and stations around the country took the opportunity to shine light on local organizations working in their communities. Nexstar's Hampton, Virginia station WAVY spoke to several organizations. “Those we spoke to say the dedication to service and giving back to the community doesn’t end after today: It’s a mission that needs to continue every day. They say that’s how you truly keep King’s legacy alive.”

Kansas City, Mo.’s KSHB 41, owned by Scripps, covered the day of service at the Harvesters food bank, which has seen a 40% increase in the number of households needing food and a decrease in volunteers during the COVID-19 pandemic. "I love Kansas City, I love everything about it, so the fact that I can do just a little bit to make a difference for at least one other person, it gets me a little choked up, it's a really good feeling," said volunteer Annie Hanson.

As they covered memorials, protests and volunteer work around the city of Detroit, Graham Media Group’s Local 4 asked members of their community: “In your view, what is the state of Dr. King’s dream?” and received answers as diverse as their city. “When I think about the state of the dream, the state of the dream is fluttering,” said Rev. Wendell Anthony.

WGBH, Boston’s local NPR, asked local leaders about King’s legacy in current voting rights debates. “What I have seen happen from a historical standpoint, quite frankly, when we don't give up hope on our democracy, that's one of the greatest lessons of the civil rights movement,” said Tanisha Sullivan, president of Boston’s NAACP branch. “It's not giving up hope in the face of despair. It's not giving up a belief in what's possible, even when it seems like everything is chaotic.”

Bennett Zier, Virginia senior vice president and market manager, Audacy, was honored at The Urban League of Hampton Roads 38th Annual Martin Luther King Jr. Community Leaders Event on January 17. “I am honored to receive this award on behalf of the Audacy stations in Hampton Roads,” said Zier. “It’s our goal every day to embrace our local communities and partner with local leaders to build awareness in key areas like education, health and job growth...all while promoting compassion in our daily lives.”