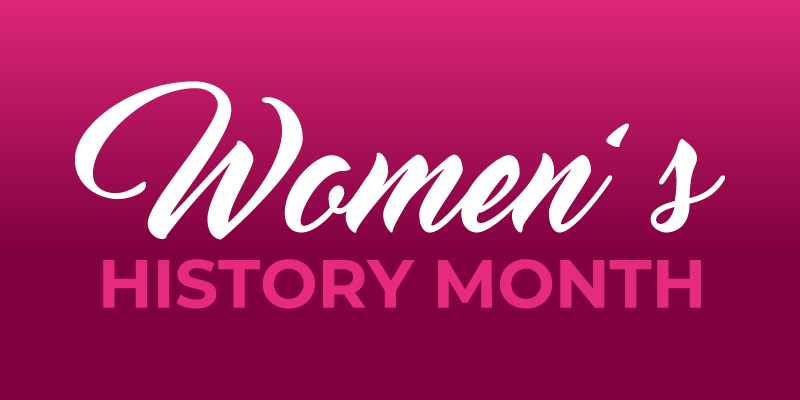 This Women’s History Month, local radio and television stations demonstrated their unique impact in communities across the country, connecting their audiences to the personal, local news that matters to them. They celebrated trailblazing women, promoted local events and encouraged cultural and civic engagement. Local leaders and institutions rely on broadcasters to share their work with the public.

Allen Media’s 13WREX in Rockford, Ill., covered an event by the local chapter of the NAACP and the Women’s March of Rockford for women in the area. "Today's purpose is just to get our women out, and to hear our women speak, and to empower each other, and to lift each other's spirit on all levels,” NAACP Rockford Chapter President Rhonda Greer-Robinson said.

Ham Broadcasting’s WKDZ 106.5 FM in Cadiz, Ky., interviewed Magaline Ferguson, the first Black woman to serve the Christian County Fiscal Court, about her goals for her tenure and for the future.

CBS’s owned-and-operated station in Denver, Colo., CBS4, interviewed retired police captain Margaret Chavez as she was honored by the Denver Police Museum. “I can tell you most certainly she made a positive impact on me, and truly do believe that she made a positive difference to the citizens in the communities she served as part of Women’s History Month,” one current female officer told the crowd.

Forcht Broadcasting’s WHOP News Radio in Hopkinsville, Ky., advertised events celebrating the life of bell hooks. Hooks was born in Hopkinsville, and the community dedicated this Women’s History Month to honoring her legacy.

In Bentonville, Ark., Nexstar’s KNWA/Fox 24 covered an event at the Museum of Native American History to share Dr. Farina King’s work on Diné women and “how healing has evolved through warriors, her ancestors and indigenous grandmothers.”

TEGNA’s 12News in Phoenix, Ariz., interviewed Paralympian snowboarder Amy Purdy, the only double-leg amputee to compete at the world level. Now retired from competition, Purdy runs a nonprofit dedicated to helping the disabled compete in sports. “I didn't know snowboarding was my purpose. When I lost my legs. I just knew that it was my passion. But then, when I was able to help others through it, it became my purpose,” said Purdy.

Scripps Media’s 41 KSHB in Kansas City, Mo., profiled small businesses owned by women at an InnovateHER KC event for women entrepreneurs. They discussed networking, leadership and gender inequality, as well as growing their businesses during the challenges of the COVID-19 pandemic.

Another Scripps Media station, WRTV in Indianapolis, Ind., highlighted local women who are blazing trails in their field and making a difference in their communities. They spoke to Susan Spagnuolo, a craft distillery owner who had to help change the state’s law against craft distilling to establish her business. “Her curiosity and determination helped to bring an entirely new industry to the Hoosier state,” the story said.

For International Women’s Day, Hearst-owned KOAT 7 News in Albuquerque, N.M., interviewed a pair of business owners whose coffee shop started as a pact they made in high school. The two friends said they were always driven by their hope to create a safe, inspiring place.

Graham Media Group’s WDIV Local 4 in Detroit, Mich., interviewed Tonya Berry, the first Black woman senior vice president at the state’s Consumers Energy. “Sometimes you say ‘Why me,”’ Berry said. “But I’m grateful that it is me, blessed that it is me, but I also really think about the responsibility that I now have to help those that are coming behind me.” Learn more about broadcasters’ work to support your community’s leaders at WeAreBroadcasters.com.