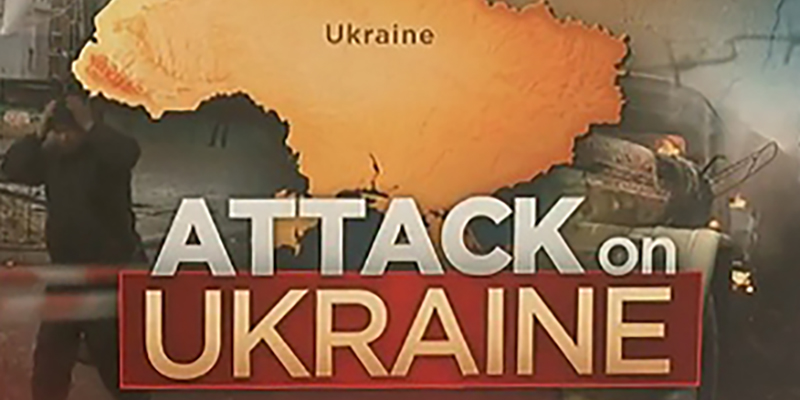 Broadcasters are Bringing all Eyes to the War in Ukraine

Around the world, all eyes are on the war in Ukraine. As Americans’ most trusted news source and a local connection to international news, hometown radio and TV broadcasters are bringing this important story to light.

“Can you imagine being 5,500 miles from family and knowing they are fighting to survive?” asked Graham Media Group’s News4Jax in Jacksonville, Fla. They spoke to a local woman with family in Ukraine to bring this story home for their viewers. “All I want to know at this point is if they’re alive -- if they’re okay,” said Lena Skalska.

As President Joe Biden delivered the State of the Union Address, Pittsburgh, Pa.’s Action News 4, owned by Hearst Television, discussed his comments with a group at a local Ukrainian church. These diverse, informed perspectives provide a personal community connection to the news.

Audacy-owned radio station 1010WINS in New York, N.Y., covered a local restaurant, the Russian Tea Room, that spoke out against Russia’s invasion of Ukraine. "Just as the original founders, Soviet defectors who were displaced by the revolution, stood against Stalin’s Soviet Union, we stand against Putin and with the people of Ukraine,” the restaurant said.

In an emergency, many people’s first question is how they can help. With active disinformation campaigns surrounding the crisis in Ukraine, sharing trustworthy resources is especially important. Berkshire Hathaway’s WPLG in Miami, Fla., collected donation requests from a variety of both local and international nonprofits for anyone in south Florida looking to help.

Dick Broadcasting’s Energy 92.1 in Myrtle Beach, S.C., rebranded as “Ukraine 92.1” the weekend of March 4-6 in solidarity with the people of Ukraine. The station spent the weekend spotlighting people from Ukraine who now live in Myrtle Beach and passed along information about how listeners could help with fundraising and relief efforts.

Ohio’s News 5 Cleveland, owned by Scripps Media, interviewed a local chaplain with connections in Ukraine who was able to deliver supplies to Ukrainian soldiers during the ongoing attack and included information for those looking to provide further support. “We wanted to give support to Ukrainian soldiers and the response has been overwhelming," said Ronald Jackson.

Nexstar Media’s News 22 WWLP in Springfield, Mass., interviewed a local woman raising funds for Ukrainian refugees. “All I can do is donate and send money to those people who are at the region and helping right now, right there,” said Maria Laplante. The story also shared links to reliable international charities.

Graham Media Group’s WDIV Local 4 in Detroit, Mich., spoke to the attendees at one rally about how meaningful the demonstration of support is for Ukraine. “Americans, really their reaction is important for us,” Ruslana Proonko said. “Each step is important for us, for the Ukrainian community here and for Ukrainians in Ukraine.”

From local to international stories, broadcasters provide an unparalleled personal connection to the news.