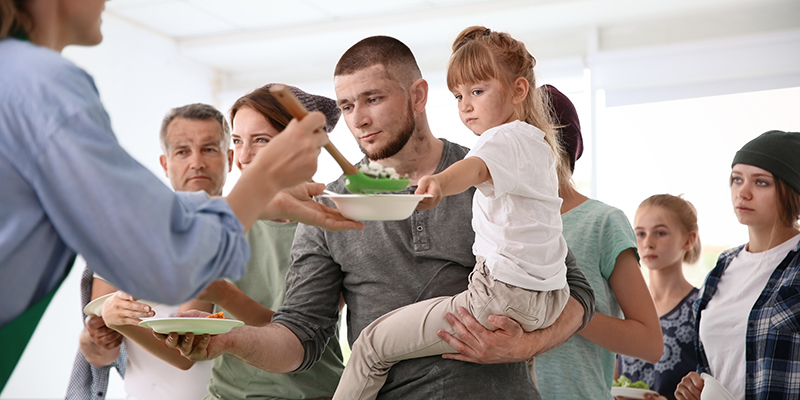 America’s TV and radio broadcasters take their public service obligations seriously. With wide audiences and deep, personal connections to their communities, local stations have an unparalleled opportunity to help neighbors in need. Whether feeding the hungry, fighting the cold weather or funding disease research, broadcasters’ public service projects are a powerful force for good.

This month, Nexstar Media-owned WKRG News 5 in Mobile, Ala., is kicking off a new initiative in partnership with Feeding the Gulf Coast called “Stock the Pantry.” Their goal is to make sure children don’t go hungry during the summer. One in four children along the Gulf Coast is food insecure, meaning it may be difficult for them to get access to proper food and nutrition. While students in the Mobile County Public School System receive breakfast and lunch for free, summers present a challenge accessing adequate nutrition. The station is partnering with sponsors throughout the Mobile community to accept “Stock the Pantry” food donations at orange barrels in 31 drop-off locations. A complete list of locations and needed items are available on the station’s website.

The 17th annual “Radio for Relief” broadcast with Lakeland Broadcasting and corporate partner Jennie-O Turkey Store was a huge success on March 25. The radiothon brought in $58,787 in monetary donations and 5,452 lbs. of food for the Kandiyohi County Food Shelf.

The Audacy Pittsburgh family, along with the help of the Pittsburgh community, raised 603,000 meals for the Greater Pittsburgh Community Food Bank during the annual “Giant Eagle Feed the Need Radiothon.” During the one-day event, news KDKA (1020), sports KDKA-FM (93.7), hot AC WBZZ (100.7) and country WDSY (107.9) broadcast live throughout the entire day, encouraging listeners, local restaurants and businesses to donate meals to neighbors in need. "Our community is at the core of everything we do at Audacy Pittsburgh. The results of the Feed the Need Radiothon are a good showcase of radio’s power in our region,” said Michael Spacciapolli, senior vice president and market manager, Audacy Pittsburgh.

Each year, 103.3 The Eagle’s “Spread the Love” campaign helps feed the hungry in Tulsa, Okla. The Eagle counts on the power of PB&J to help the Foodbank of Eastern Oklahoma, calling on listeners of the Cox Media Group station to donate peanut butter and jelly. Everyone who donated could also leave a love note for their special someone to be read on 103.3 The Eagle on Valentine’s Day.

The “Spread the Love” campaign is an important program for the Community Food Bank of Eastern Oklahoma, providing peanut butter and jelly sandwiches to kids who rely on state-funded meals to make sure that they have something to eat over the spring break.

Gray Media’s News 10 WILX in Lansing, Mich., and the Lansing Brewing Company partnered with the Greater Lansing Food Bank and the South Michigan Food Bank to collect nonperishables during the last week of February for the “News 10 Make an Impact” campaign.

During the weeklong event, 650 pounds of food was donated by generous viewers at the WILX studio and the Lansing Brewing Company. The phone bank was manned by volunteers from the Greater Lansing Food Bank and the South Michigan Food Bank. Viewers called in and donated $8,000 for the food banks to purchase food. The funds raised will provide over 21,000 meals in mid-Michigan.

When many in southern Wisconsin struggled to keep their homes heated during frigid temperatures this winter, Morgan Murphy Media’s WISC-TV’s News 3 Now in Madison stepped in to help. News 3 Now partnered with the Keep Wisconsin Warm/Cool Fund for a “Day of Warmth” telethon and donation drive on February 10, raising $34,264 to help those in need. A total of 90 cents of every dollar donated was used to help those in crisis this winter.

Seattle Sports and Bonneville International raised $41,000 in just one day for the John Clayton Memorial Fund. The fund, created in memory of longtime NFL reporter and radio host John “The Professor” Clayton, will benefit the Multiple Sclerosis Society, a MS research organization. Clayton passed away on March 18.

“Part of our company’s mission is to give back in the communities where we serve,” said Darrell Brown, president of Bonneville International. “John was a valued employee who used his own powerful voice for good. We believe this is the best way to honor his memory.”