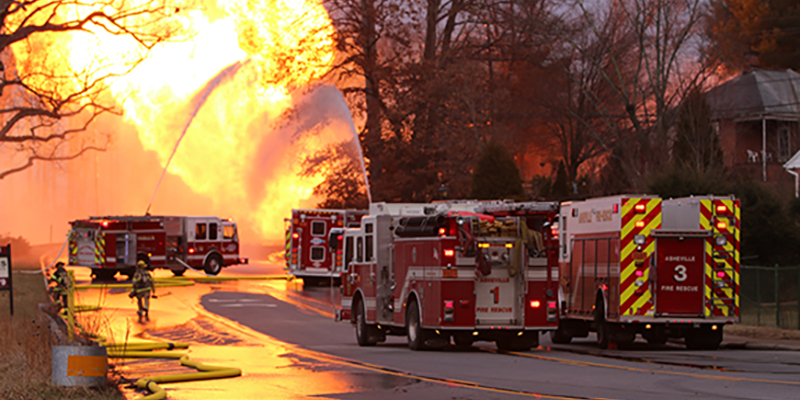 Local Reporters Deliver Breaking News from Around the Country

With fact-based reporting and journalists who live in and understand their communities, local radio and television broadcasters provide Americans’ most trusted news.

After the May 14 mass shooting in Buffalo, N.Y., Tim Wenger, brand manager of Audacy-owned Newsradio 930 in Buffalo described to Inside Radio the process of getting to the scene to deliver the breaking news. “I said, ‘Get ready, this is going to be chaotic.’… It was organized chaos from a news and media standpoint. And at that time, it was simply me and one other TV station, and then the media mob continued to grow throughout the afternoon. National media didn't appear that significantly until Sunday.”

Like many local journalists, the team at Newsradio 930 is always prepared to cover a breaking story. “I always have with me a Comrex unit so I can go on the air live from anywhere, anytime,” Wenger said. “While I was driving there, our afternoon drive host, who is a huge resource with breaking news, Tom Bauerle, had received a phone call and Tom just followed his gut and went into the studio.”

They went wall-to-wall with live coverage to bring listeners the news of this tragic event. “In any breaking news situation, where there's a community concern going on like this, being commercial-free gives you the flexibility to continually offer a stream of information and not force people to wait or miss something,” Wenger said.

Broadcasters also have an important role in combating the misinformation that often spreads after tragedy. VERIFY, the fact-checking initiative from TV station group TEGNA, responded to charity scams that arose after the Buffalo tragedy with a piece on verifying donation pages and avoiding fraud.

Broadcasters’ community connections make them a powerful force for good during disaster recovery and healing.

Planning a relief drive in response to deadly wildfires in New Mexico, Cumulus Albuquerque vice president and market manager Jeff Berry described this important relationship. "This is all possible because of our community partners and listeners, who have come together with our radio stations and team to get these products to impacted communities as quickly as possible.”

Albuquerque’s KOB4, owned by Hubbard Broadcasting, unites its community service and inspiring stories under its Pay it 4Ward segment. With this established venue for community service, they have been able to collect over $78,000 in donations for wildfire relief.

After the May 24 shooting in Uvalde, Texas, two competing College Station, Texas, radio stations – Brazos Valley Communications’ Radio Alegra and Bryan Broadcasting’s La Jefa – came together. In a broadcast from a local Hispanic market, they remembered the children lost at Robb Elementary and gave the community an opportunity to grieve and heal together.

Natural disasters and other major emergencies leave lasting impact. When national outlets move on, local news is there to continue reporting on the effects of disasters and meeting the needs of their communities.

Buffalo’s Wenger described this commitment to Inside Radio: “There's just a lot of healing that needs to happen. [Monday] morning we had in studio for an hour and a half a mental health expert who talked about mental health needs for the first responders, for the victims’ families, for kids that were exposed to this. We've had social media experts on to talk about that aspect of it. It is evolving coverage that is trying to take it down a road toward some sort of healing.”

When the South Carolina and North Carolina chapters of the Red Cross were facing a blood shortage, they reached out to Gray Television’s Fox Carolina. “We’re honored the Red Cross asked us to lead the way and were very pleased with the response from the community,” said General Manager Bryce Caldwell.

After tornadoes devastated western Kentucky last year, Ham Broadcasting’s Beth Mann told Poynter how her stations would continue to serve their community. “When everyone else is gone, we are still here. We are community stewards. It is our job to connect the dots for people, to help them find the help they will need. And we will be key to building back the economic base of this town. It will be more important than ever for us to stress that we all have to support our local businesses.”