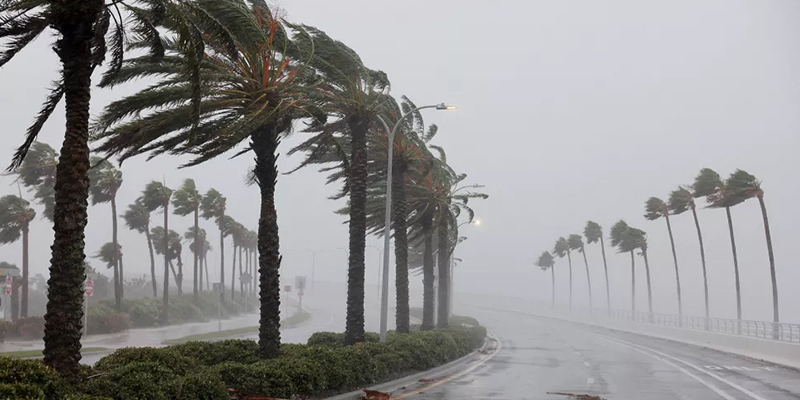 Stations began to prepare last week, with plans to cover any category of storm and bring urgent information on all screens. Beasley Media Group stations, for example, used Quu software to bring safety and preparedness messaging to drivers on the dashboard.

As the storm progressed, stations extended their coverage to continuously deliver lifesaving information. Inside Radio spoke to Florida stations owned by Beasley Media Group, iHeartMedia and Cox Media Group about their efforts. “Streaming services simply can’t provide the critical information radio can provide,” Cox Media Group Vice President of Audience and Operations Chris Eagan said. “When power is out, roads are closed and internet/cell service is compromised – radio is there for our listeners, ready to give lifesaving information 24/7.”

On the scene to share lifesaving coverage with their listeners and viewers, local reporters are often there to help individuals in need. Tony Atkins, a reporter from Hearst-owned WESH 2 in Orlando, rescued a nurse on her way to work who was trapped in her car by flood waters.

Meteorologist Kim Adams from Graham Media Group’s Local 4 News in Detroit, Mich., traveled to Florida to cover the storm. “My heart hurts for the people of Florida. I know the shock and numbness they are feeling,” she wrote. “And I know pain that will come in the next few days when that shock wears off and it becomes real. I also know that resilience is in all of us. Floridians will come together and rebuild. And Michiganders will be right there for whatever they need.”

As the storm moved up the coast, stations in Georgia and South Carolina shared news to keep their communities safe and help those most affected by the dangerous storm. Hearst-owned WYFF 4 in Greenville, S.C., reported on extreme weather shelters for the homeless. Georgia Cox Media Group stations including Atlanta’s WSB-AM put together a "Convoy of Care" to accept donations for those in need. As former FEMA Adminstrator Craig Fugate told Inside Radio, "You’ve got the longer-term recovery and the role that a lot of stations play in sponsoring events, working with charitable organizations, and keeping the focus on the recovery. The national media goes home but the local stations, those people live there, it's their community."