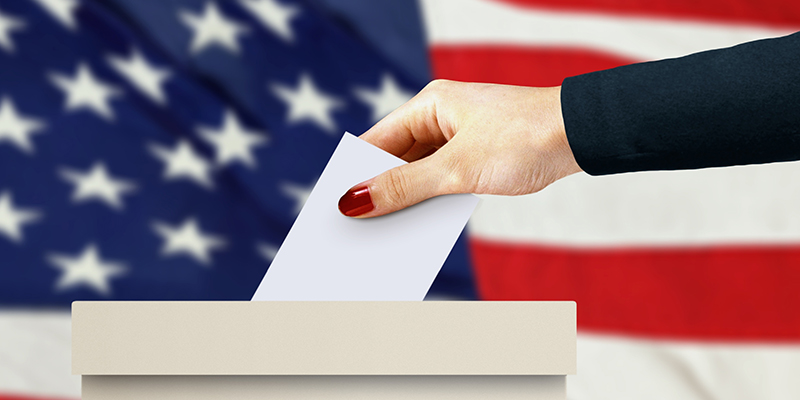 When it comes to informing and motivating citizens, no platform has more influence or is more trusted than broadcast radio and television. Now more than ever before, local stations serve a vital role in helping Americans understand the importance of exercising their right to participate in the democratic process.

In the Election Toolkit, NAB provides ideas to help promote voter registration, education and turnout. By making election issues and candidates a cornerstone of on-air and online programming, broadcasters help your constituents cast an informed vote. Broadcasters’ dedication to the electoral process contributes to a stronger democracy.

KWBG Spots Get Out the Vote

Public service announcements from KWBG in Boone, Iowa, encourage citizens to get out and vote by demonstrating how single votes come together to cause a landslide. The station’s ownership group, Fieldview Broadcasting, ran the spots for the 2020 general election, and KWBG has brought them back for local elections since. “We like to think it helped make a difference,” says station personality Mike James, “as turnout in central Iowa elections reached record levels in 2020.”

Leading up to the 2022 election, Hubbard Radio-owned WTOP in Washington, D.C., conducted interviews with all of the Democratic and Republican candidates for Maryland governor. They asked all candidates the same or similar questions on education, public safety and crime, jobs and the economy, and transportation. With these analyses of the issues side-by-side, WTOP listeners were empowered to make the best decisions for their votes in the 2022 primaries and also looking forward to the general election.

Local broadcasters provide America’s most trusted news with fact-based reporting that can help stop the spread of disinformation. St. Louis, Mo., radio station KMOX interviewed a local professor who has studied the topic of conspiracy theories about how these theories perpetuate, especially in the contemporary online space, and used that foundation to debunk political conspiracy theories.

VERIFY, a project from TV station group TEGNA, is dedicated to helping the public distinguish between true and false information. The VERIFY team, with help from questions submitted by the audience, tracks the spread of stories or claims that need clarification or correction and provides trustworthy and transparent fact-checking to prove or disprove them. The program works with 49 newsrooms across the country to cover a wide range of topics that impact diverse communities.