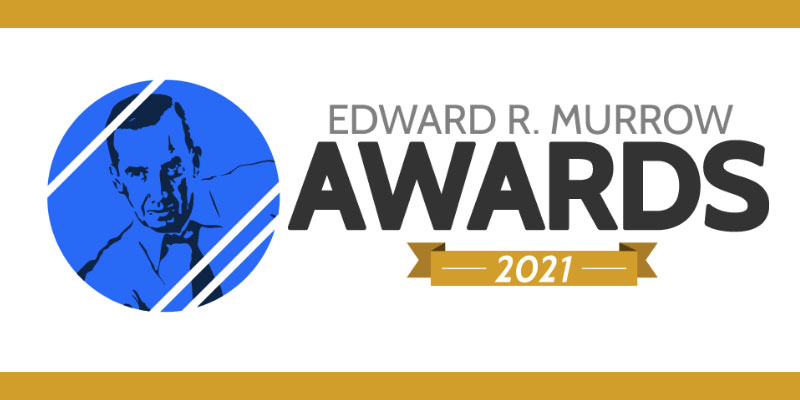 
America’s broadcasters have been at their best during the COVID-19 pandemic, providing fact-based journalism, breaking news, vaccine education and supporting local businesses.

Here are examples of how local stations are delivering vital local journalism during this critical time.

This summer, numerous local radio and television stations received 2021 Edward R. Murrow Awards, recognizing the very best in local journalism during a year when local stations faced incredible challenges from the pandemic as well as threats against their journalists in the field. Below are just a few examples of vital investigative journalism in local communities. A full list of national winners is available here.

University of Nevada, Reno’s KUNR Public Radio, in collaboration with Noticiero Móvil and This Is Reno, earned an Excellence in Diversity, Equity and Inclusion award for their bilingual coverage of the COVID-19 pandemic. This included coverage of a Facebook Live virtual chat with representatives of Reno who shared information about resources for residents, also available in Spanish, and urged people to stay informed through trusted local newscasts.

KQED-FM was presented with an award for their year-long investigative reporting on how wildfires endanger older Californians, a population that is aging faster than the rest of the country, unpreparedness among long-term care homes and seniors who live in high-risk areas.

Miami-Dade County Public School’s WLRN-FM won their Overall Excellence award after an unprecedented year covering topics such as the coronavirus pandemic, presidential election, police brutality and calls for reform, as well as local stories such as school board meetings. WLRN often focused on the stories of individual people affected by these events to give their listeners an in-depth personal look at the impact on local communities.

Nexstar Media Group’s FOX31 won a Continuing Coverage award for their ongoing series investigating the use of ketamine by paramedics to deal with agitated people in the field. The “Problem Solvers” team examined the use of a state waiver allowing some paramedics to use the drug on patients exhibiting “excited delirium,” putting providers at risk. They also examined the cases of several people who were injected with the drug despite being alert and responsive and with doses above the recommendation for their body weight.

Gray Television’s FOX8 won the Investigative Reporting award for their series of reports that exposed three city inspectors falsifying inspection records and failing to conduct inspections on a high-rise hotel under construction that collapsed and killed three construction workers. Using GPS data on the city vehicles, WVUE’s investigation also revealed other inspection sites that were not visited but received passing grades. After WVUE started airing their reports, all three city inspectors were placed on emergency 30-day suspensions and they all retired or resigned before any hearings could be held.

TEGNA’s NBC affiliate KARE11 won a Breaking News Coverage award for their reporting of the unrest in Minneapolis following the death of George Floyd. Reporters and photographers were live on the scene, capturing the action and raw emotion throughout the night. Anchors in studio watched the scene unfold and called out state and local leaders to break their silence and provide answers.