First National Radio Broadcast of State of the Union Address

Calvin Coolidge was the first U.S. president to use broadcast radio to address the American people. On December 6, 1923, Coolidge delivered the State of the Union address and The New York Times anticipated it would “be carried over a greater portion of the United States and will be heard by more people than the voice of any man in history.” Listeners in six cities (Washington, New York, St. Louis, Kansas City, Dallas and Providence) were able to hear him speak. The speech was so clearly heard across the country that a radio station in St. Louis called the Capitol about strange noises heard during the speech. Those noises were the rustling of papers by Coolidge. 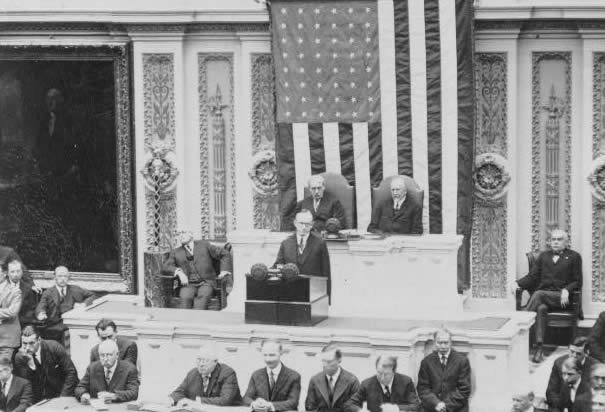