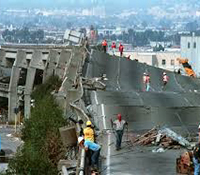 KGOs commercial-free documentary, The Earthquake Effect, featured a never-before-seen aerial view of the entire Hayward Fault using exclusive mapping technology. Experts discussed the impact that a similar earthquake would have today and urged viewers to be prepared.