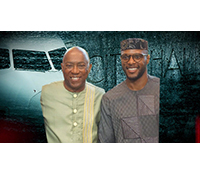 Grahams NBC affiliate KPRC Houston aired on September 30 an investigation by Reporter Mario Diaz into a $95,000 publicly funded internship for the City of Houston, created to allow a former intern to sidestep a hiring freeze. Diaz looked at 8,000 e-mails between city officials and found that Mayor Sylvester Turner signed off on the position for Marvin Agumagu at the request of Houstons Chief Development Officer Andy Icken. Turner later denied having met Agumagu, even though they have been photographed together at multiple events. Read the full story, including the mayors response.