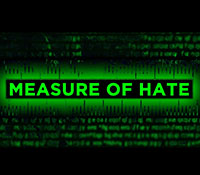 Grays InvestigateTV launched on August 4 a half-hour documentary, Measure of Hate, that focuses on the undercounting of hate crimes throughout the country and issues with laws related to tracking and punishing hate crimes. The program, which aired on all Gray television stations throughout August, showed that dozens of high-profile hate crimes investigated and prosecuted by the FBI and DOJ are not counted in the FBI federal database.

Were proud of the work by our investigative team on this project, said SVP of Local Media Sandy Breland. Their many months of reporting on this issue not only raised awareness but also sparked real change.

We hope this investigation encourages increased transparency to enable our leaders to better monitor hate crimes and highlight the importance of wide-ranging efforts to reduce hate crimes, said Director of Investigations Lee Zurik.