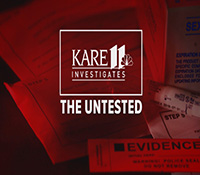 TENGAs NBC affiliate KARE-TV Minneapoliss investigative report revealed the state left several thousand rape kits untested and partially-tested. KAREs investigation, which aired on August 15, reported that the number of untested kits may be twice what Minnesotas Bureau of Criminal Apprehension (BCA) initially stated. Even when kits were sent to the BCA for testing, the station learned that DNA evidence was not collected or submitted to the nationwide suspect database. The investigation also uncovered evidence that the BCA knew of the inaccuracy and expressed concern about what would happen if the public knew.

Its just so incredibly disappointing and its infuriating, Minnesota state Representative Marion ONeill remarked when KARE informed her of their discovery. Rep. ONeill, who helped pass the 2015 legislation mandating an untested kits count, wishes to revisit the law and require full rape kit testing for anyone who seeks it.