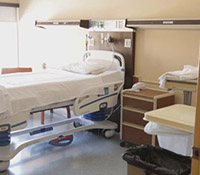 TEGNAs NBC affiliate KUSA-TV Denver produced a multi-part series called STRANDED, that revealed a growing problem in the community: at-risk people with conditions like Alzheimers Disease and dementia are increasingly being abandoned by family and conventional nursing homes and end up spending months or years in hospital rooms. In response to the attention that KUSA-TVs series brought to the under-reported epidemic, Governor Jared Polis signed into law a new bill on May 20 that is designed to help people who are languishing in hospitals but who dont need critical or acute care.

I want to thank Channel 9 News [KUSA-TV] and their STRANDED episode, said Rep. Jonathan Singer, a sponsor of the bill. A mental health issue should never be a life sentence to a hospital bed.