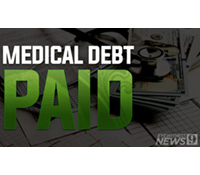 Cox Medias ABC affiliate WFTV-TV Orlando recently paid $1 million of medical debt for 1,000 people after Investigative Reporter Todd Ulrich investigated the system under which medical debt can be sold to collection agencies multiple times and for pennies on the dollar. WFTV received a flood of responses from viewers wanting to help, so they created an online donation page to continue the effort.

Todd Ulrich has been making a difference in the lives of Central Floridians for decades, said News Director Matt Parcell. This is some of the most impactful reporting he and Channel 9 have ever done.