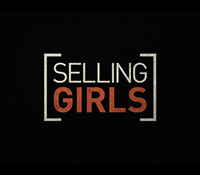 Upon asking viewers in all 38 of its television markets what they thought was the most underreported story, TEGNA created a six-part series that highlights the complex problem of child sex trafficking. Stories included crime data analysis, court records and scrutinization of the sometimes-inconsistent sentencing guidelines carried out by lawmakers. All TEGNA news operations across the country produced investigations on how child sex trafficking was affecting their local community. The series is now being used for education and training by organizations such as the U.S. State Department, the National Center for Missing and Exploited Children, The United Way, the Jimmy Carter Center, and the South Carolina Air National Guard, as well as several schools and individual professors.