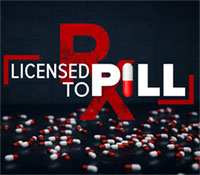 One law enforcement officer told us that our data analysis gave him a new roadmap to investigate doctors, Zurik said.

The series was offered to all Raycoms stations, with each part available in three different lengths. The creative services department at CBS affiliate WAFB-TV Baton Rouge also created a tool kit for the series that stations could use and customize. Findings include: