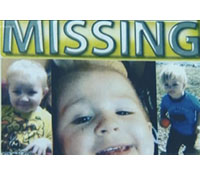 TEGNAs NBC affiliate WXIA-TV Atlanta produced a six-part investigative series, Little Man Lost, that delved into a cold case surrounding Deorr Kuntz Jr. The 2-year-old boy disappeared while on a camping trip with his family in Idaho. The series first aired on NBC affiliate KTVB-TV Boise over three days in late February, with segments airing in its 4 p.m. and 10 p.m. newscasts. TEGNA stations across the country shared the series as an immersive video experience on digital platforms. WXIA investigative reporter Jeremey Campbell edited the series into an hour-long special that aired March 15 on WXIA.

Campbell received thousands of emails and Facebook comments, some with tips about the disappearance. The response is overwhelming, said News Director Lisa Chavez. We actually had people in the community tell us that they were making an appointment with their TV to make sure they were home to watch.

TEGNAs investigations are an important part of fulfilling our mission to serve the greater good of our communities, said TEGNAs Chief Digital Officer Adam Ostrow. Most importantly, we hope these efforts generate additional clues that could help solve the mystery of little DeOrr Kuntz Jr.