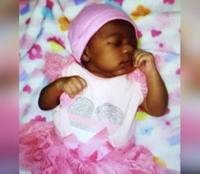 Cox Media Groups ABC affiliate WSB-TV Atlanta photographer Brian Ferguson helped police locate a missing infant on January 19 after the Clayton County police reported two children, a four-year-old and one month old, missing. The kids mother left them in the car with the keys in the ignition and someone then stole the car. WSB photographer Brian Ferguson later alerted the police to an object he spotted on the side of the road. Police found the infant in her car seat and later found the four-year-old and the abandoned car.