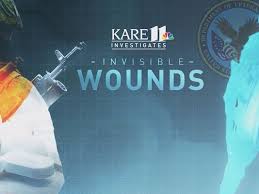 TEGNAs NBC affiliate KARE-TV Minneapolis won a George Polk Award for television reporting for its investigative series Invisible Wounds. The George Polk Awards, established in 1949 by Long Island University, honor special achievement in journalism, which emphasis on investigative and enterprising reporting that achieves results. KAREs year-long investigation showed that the Department of Veterans Affairs used unqualified medical personnel to perform examinations and deny benefits for traumatic brain injuries (TBI) at the Minneapolis VA Medical center. KARE examined hundreds of cases from 2010 to 2014. Their reporting is a testament to the power of local news and the positive impact we have on our communities, said TEGNA Media President Dave Lougee.