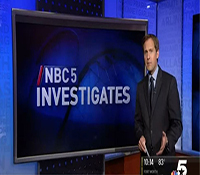 NBC-owned KXAS Dallas conducted an investigation into Dallas County Schools bus drivers that led to 13 drivers being fired and 229 suspended. Records obtained by KXAS found more than 480 traffic citations have been issued to school bus drivers since Jan. 1, 2014 for violations such as running red lights. In some cases, bus drivers were caught on camera running past other buses that had their stop arms extended for loading or unloading students. Dallas County Schools had never punished the drivers involved. Instead, the district spent $80,000 of taxpayers money to pay the fines.